Caribou, muskox, grizzly bear, arctic char - these are some of the species that live on the Eastern Yukon North Slope: Aullaviat/Aunguniarvik in Inuvialuktun, where people and animals travel, a place to hunt. The area is part of an important conservation network across the northern Yukon. Aullaviat/Auguniarvik is connected to the west by Ivvavik National Park, Herschel Island-Qikiqtaruk Territorial Park and the Arctic National Wildlife Refuge, to the south by the Old Crow Flats Special Management Area and Vuntut National Park, and to the north by Tarium Niryutait Marine Protected Area.

It is an ecologically important and culturally rich land and seascape. The community of Aklavik lies 60km to the east and has a significant connection to this place. Aklavik Inuvialuit travel through, gather with family and fill their freezers from Aullaviat/Aunguniarvik, as evidenced by the cabins, trails, and seasonal gathering spots across the landscape. This place, along with the rest of the Yukon North Slope, has supported Inuvialuit for generations. It's home to wildlife of all stripes and forms an essential part of the Porcupine caribou herd's annual migration. It's also an environment undergoing dramatic change as permafrost melts, new weather patterns emerge, and Arctic shipping increases. 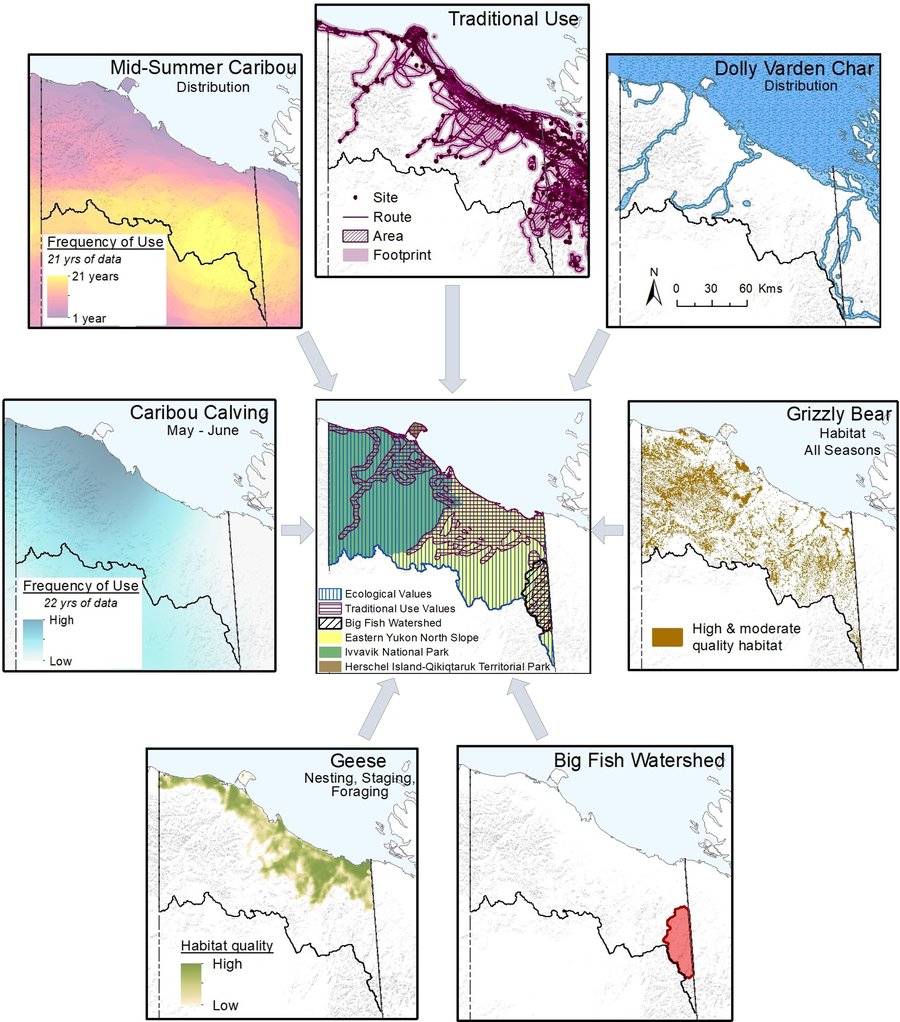 After many years of documenting Inuvialuit ecological knowledge and traditional use, after decades of science-based research and monitoring, a body of evidence has been compiled to describe essential conservation requirements for Aullaviat/Aunguniarvik (and the rest of the Yukon North Slope) to ensure it remains a healthy living landscape for Inuvialuit and wildlife. This work is summarized in the new draft Wildlife Conservation and Management Plan (WCMP) for the Yukon North Slope and supporting documents - to be released soon! Based on this expanding body of evidence, the draft Plan proposes some new and exciting pathways forward for Aullaviat/Aunguniarvik.

Learn more about Aullaviat/Auguniarvik, the Eastern Yukon North Slope, in the Aklavik Community Conservation Plan, which recognizes the significance of this place through conservation recommendations. 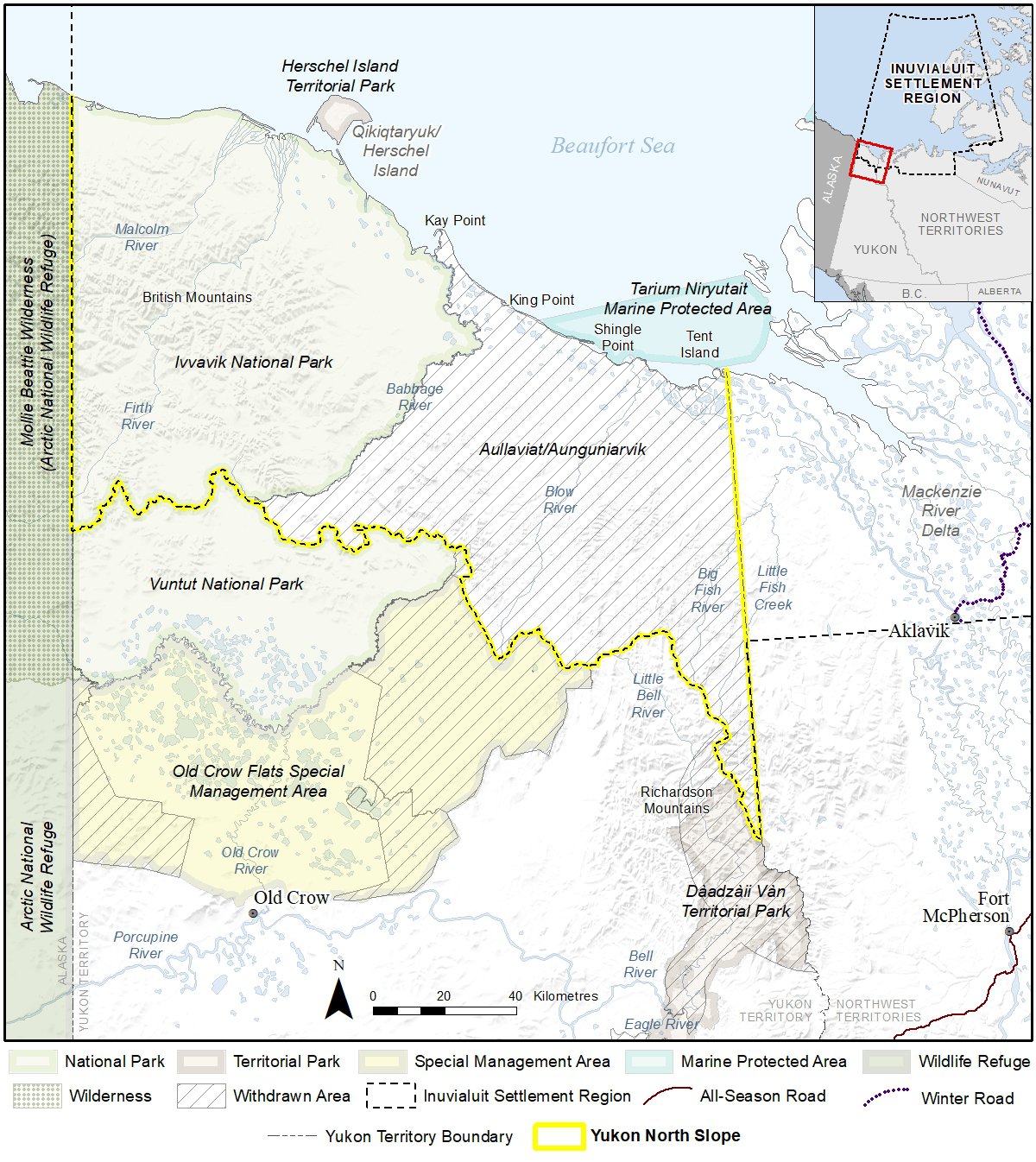